Introduction
A GoPro automated panning mount. Using a basic gear set consisting of a 1:3 ration, a small servo motor powering the small gear. The setup will be mounted to an existing suction cap (window) go pro mount that will pan for a set amount of time to catch time-lapse videos (many photos taken over a period of time. 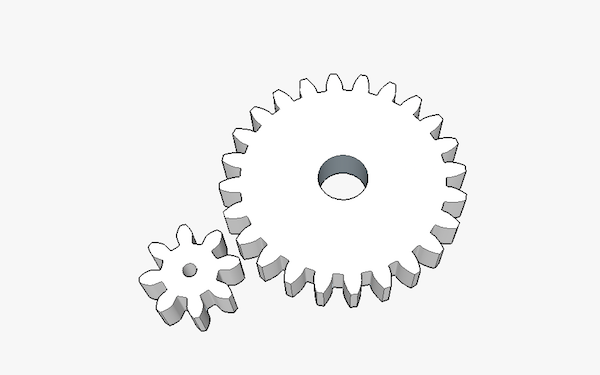 The model makes use of a 3D printed game controller from a previous project as the housing for the mechanical parts.

Gears were printed on a 3D printer in just under 30mins.

Software
The code for the project is extreme basic. There is a main time variable which can be set to any frequency between rotation. The servo rotates a total of 180° meaning that the GoPro total view angle is: 180/3 = 60°. (which is sufficient)
For the demo video below the camera rotates every 60secs, for a total time-lapse time of 60mins. 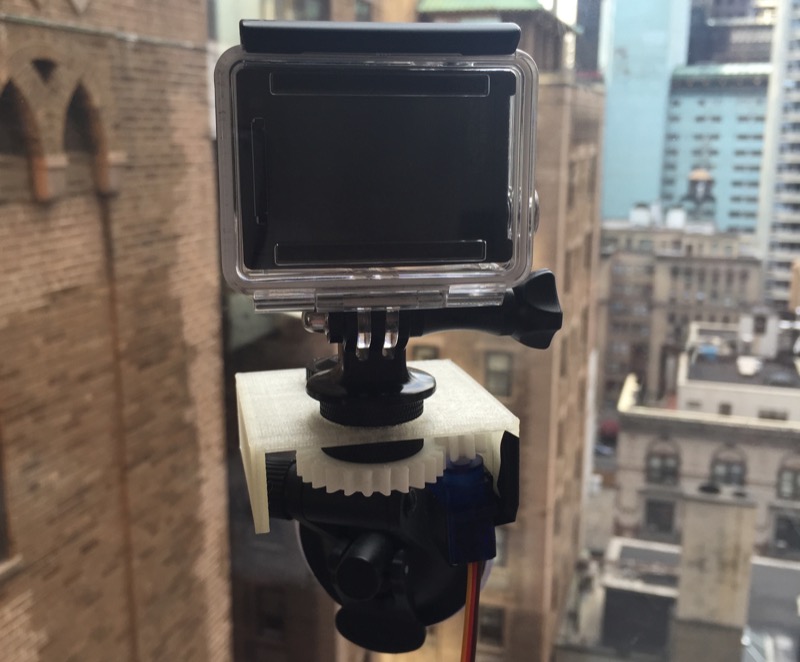 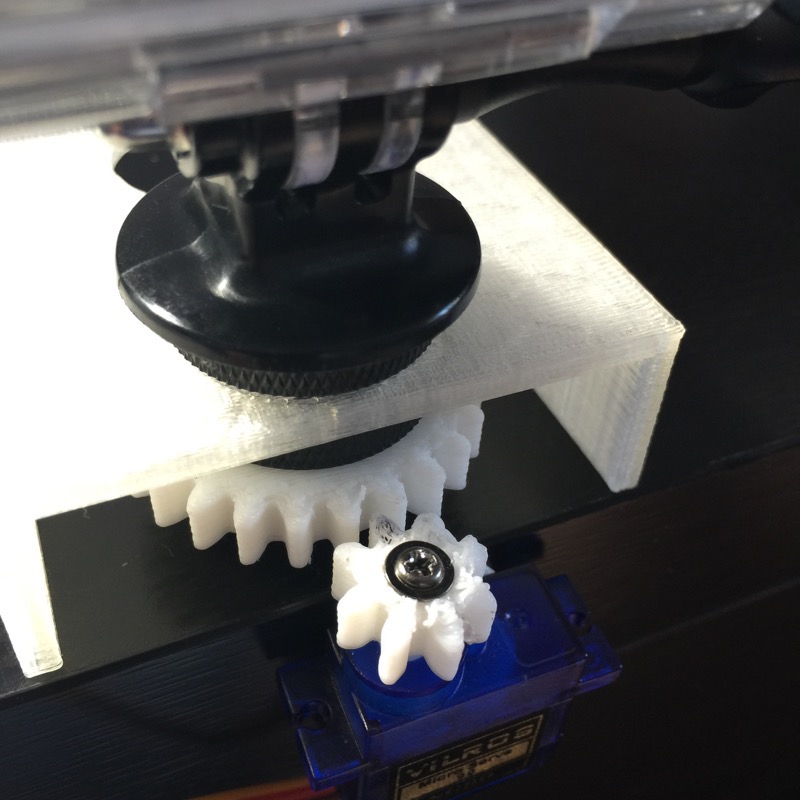